Clash Wall Amsterdam took over five floors transformed by eight Dutch artists. – Does, Onno Poiesz, Rutger Termohlen, Sober Industries, Karski, Telmo Miel, Zedz and Zender – In nine days they created an ultimate collaboration. A “clash” of styles that runs throughout the entirety of the building. Painted walls, crazy sculptures and much more. The the first of its kind in the Clash Wall series. The project combined their personal style and ideas with that of Converse fans from around the world. Uniting the artists and their fans via the brand’s Twitter page through inspirational tweets, conceptually working together in a new and refreshing way.

With the use of multiple artistic methods and materials, the artists managed to seamlessly connect each floor of this five-storey house, uniting their distinctive styles. By clashing this historic house, this project also touched upon a very Dutch practice of keeping their windows open. A tradition that dates back to the late 16th -17th century during the Dutch Golden Age, windows were kept open – curtains ever never closed –  while sailors were out at sea so their wives couldn’t cheat on them. The idea has long evolved from cheating to that of sharing, and in a culture where being normal is considered “crazy enough,” the home is the only place where the Dutch can truly express themselves. Allowing these artists to work in such a space with the windows uncovered recognizes a very special form of domestic exhibitionism that each resident of this country understands and shares. They’ve taken something that many would consider private – the inside of a residence – and made it public, transforming it into more than just a home, but a work of art and an unique experience for the public to enjoy. – Hypebeast.com –

My part in this insane project is one of the Gundam/Transfomer like sculptures. Working together with Tim Boin we created a Transformer battle inside the room. The sculptures are positioned in a way that they seem to circle one another. During the art-show we also projection mapped the sculptures for an even more futuristic effect. 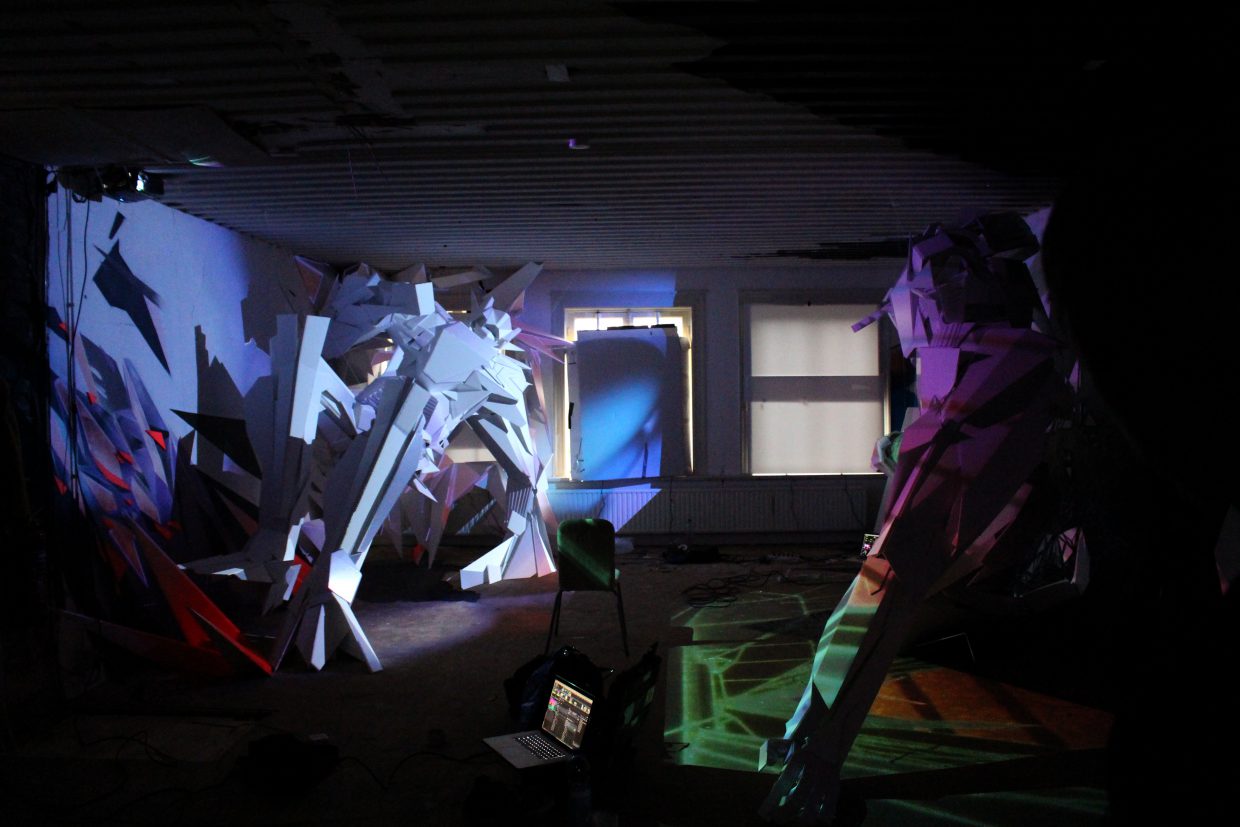 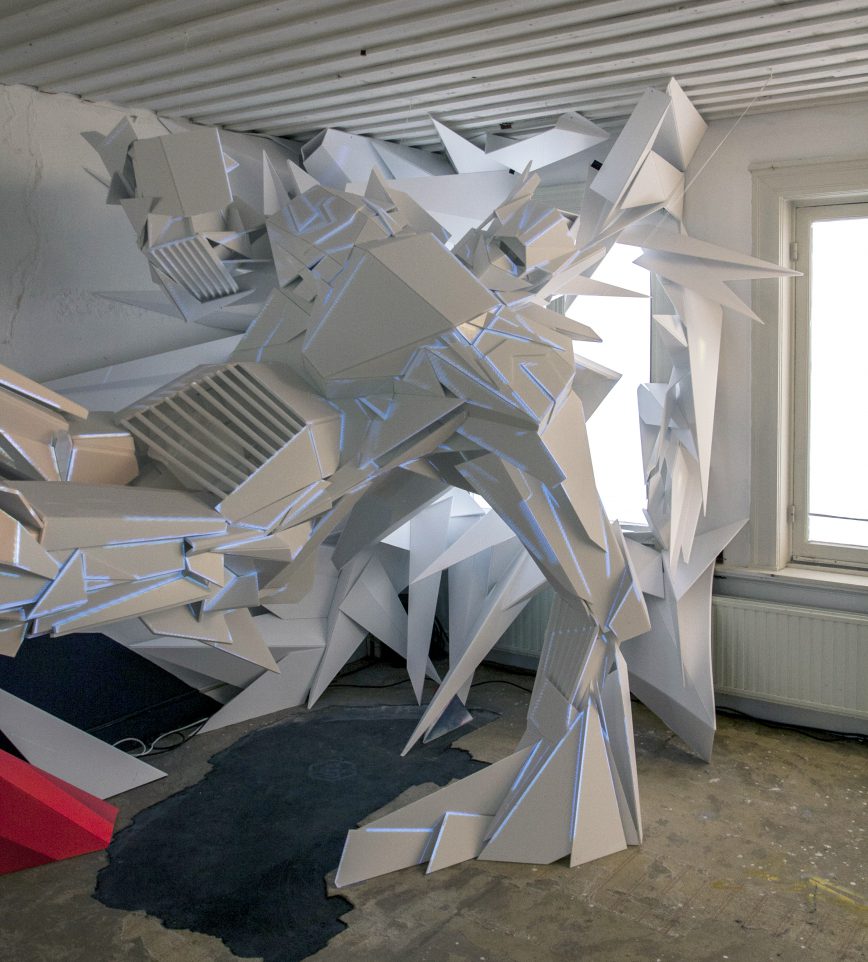 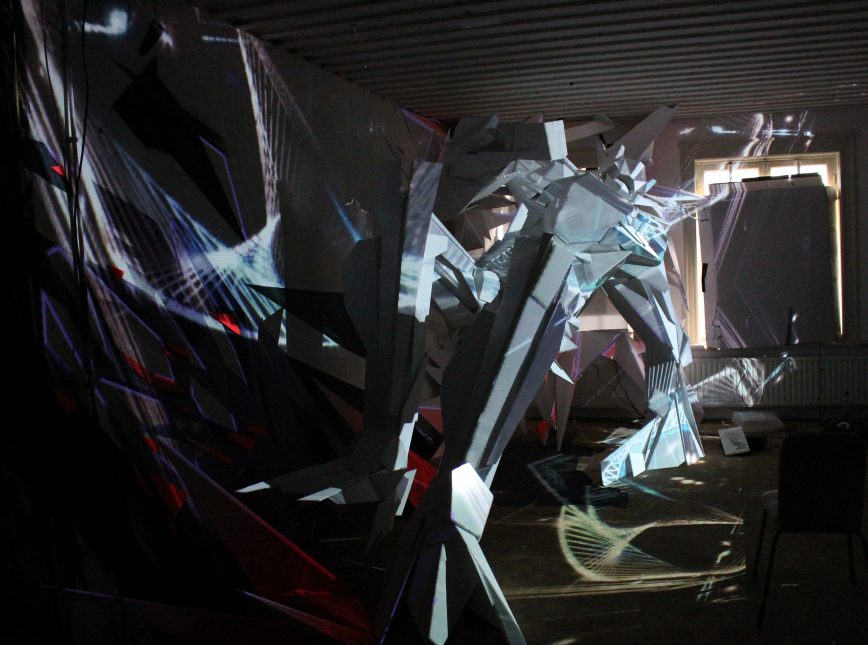 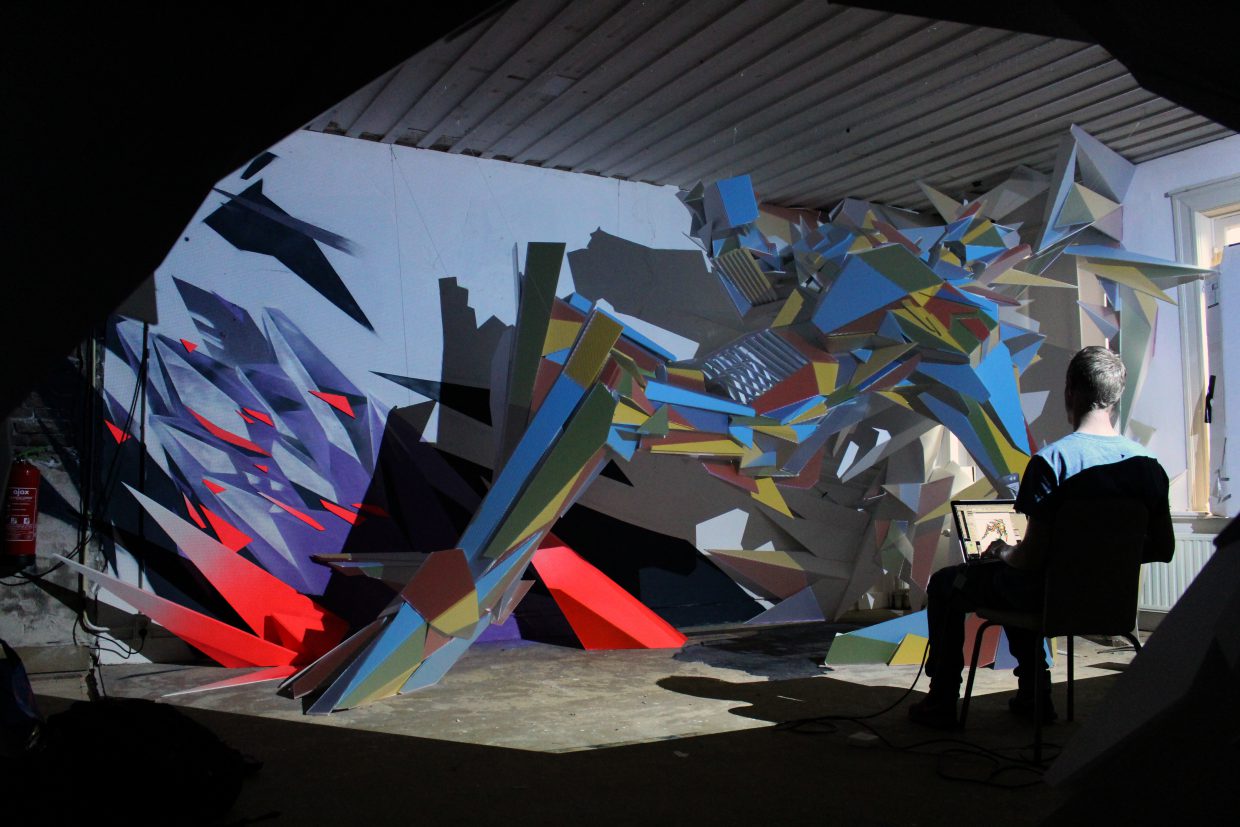 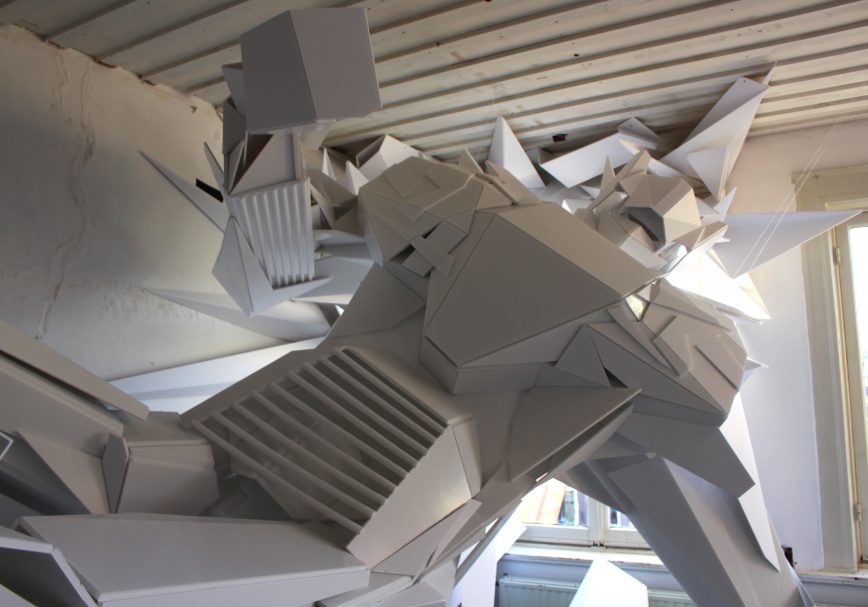