After the success of the ‘Tiger Mapping‘ video on Youtube, we received an email from London. At the time Feed Me was an unknown producerd/dj to us. But his plan and ideas triggered our enthusiasm right away. Feed Me choose to work with an alter ego character which is used for all the imagery regarding the music and the brand. So the idea was to design and develop a stage show which resembles the outstanding teeth of the character.

The question for the team was: Can we develop a stage show that represents Feed Me as a character and synchronize the visuals live with the music from the DJ. Sober Industries and Studio Rewind, already sharing a studio space, combined forces and started putting out ideas on how this project should look and work.
As we did with previous projects we started designing with foam-board. We made several small mock-ups until we hit the right shape and form. For the technical part we did endless research on how we could create a system that would listen to what the DJ is doing in the booth, and react on those actions real-time and put out the corresponding visual content on the screens.
At first the plan was to use projectors and Projection Mapping. But due to technical difficulties and longer setup times needed we switched to LED screens for the visuals. We started looking for manufacturers who were able to help us create the custom shaped triangular LED screens.

The visual elements of the show are specifically designed for, and synced up to the individual audio tracks. They are then mixed in real-time by the performer, using Ableton Live and Showsync; custom software developed by Arttech. While most stage shows that are synchronized are limited to working with a set time-code, ‘With Teeth’ takes on a new approach on the word ‘live’ in audio/visual stage performances. It gives the performer full control of the rig during the show and the ability to improvise. The result is an innovative lighting and video concept, and most notably a giant set of synchronized LED Teeth.

“… one of the most incredible performances you’ll ever see” – joonbug.com

“… it was simultaneously one of the most technologically and artistically impressive light shows I’ve seen in years” – allstondpudding.com

“… the detail to every single piece of the track was phenomenal” – youredm.com

“… it’s calculated pandemonium at its finest- addictive, captivating and immersive. Visuals are endlessly tied and tangled to sonic bliss and yet the chaos is remarkably singular, an experiential entity. In a perfect word, cohesive. A full-on adventure” – TheMusicNinja 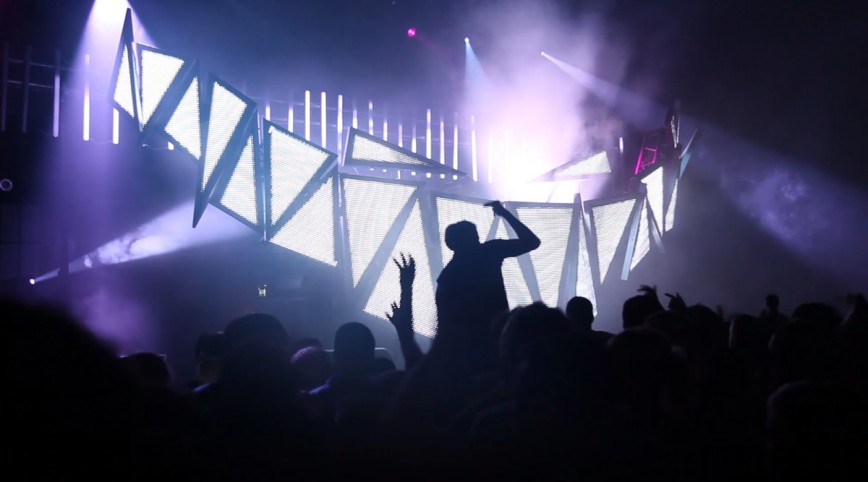 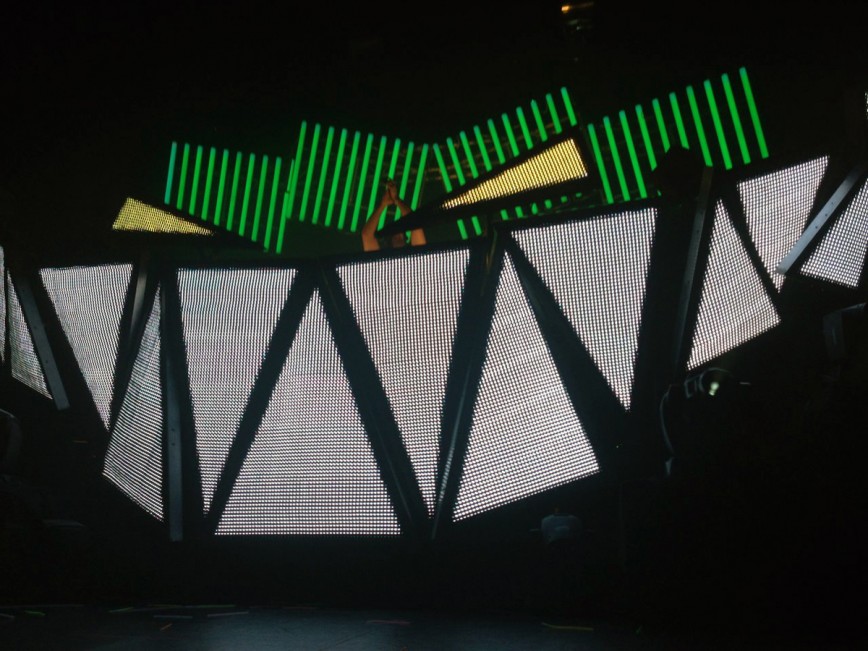 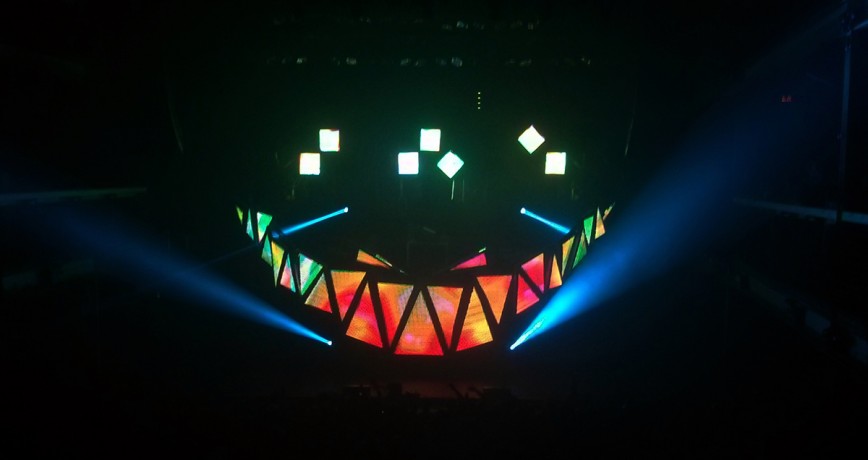 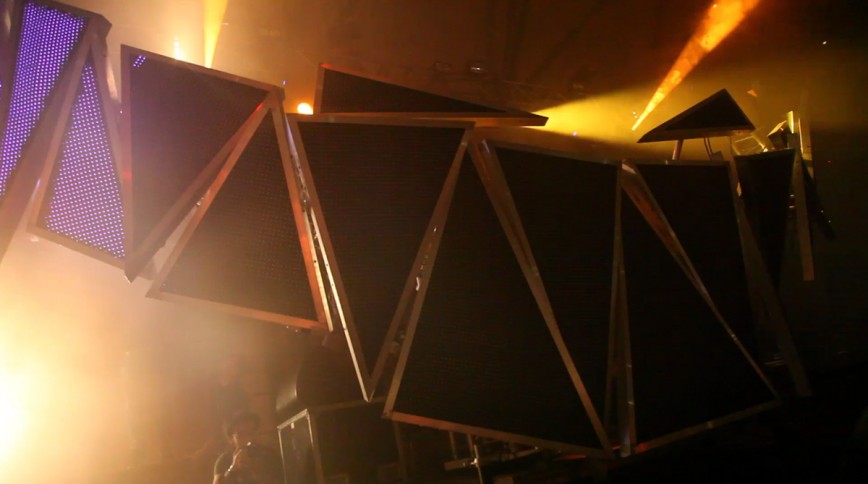 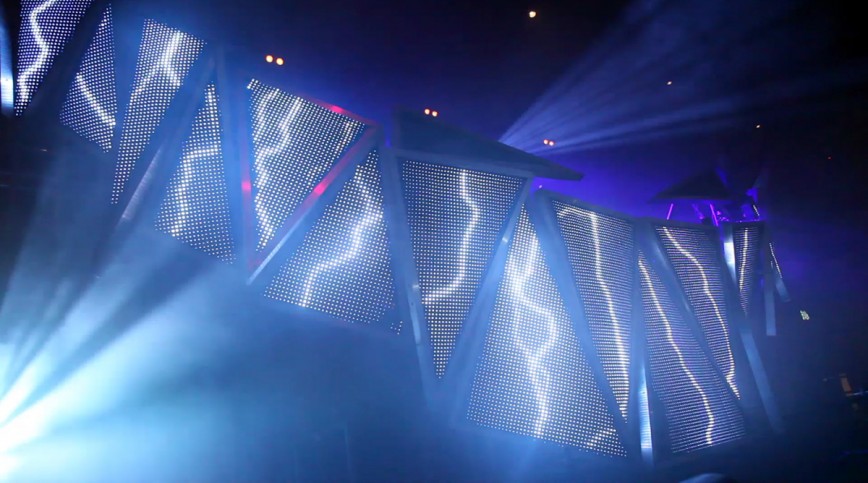 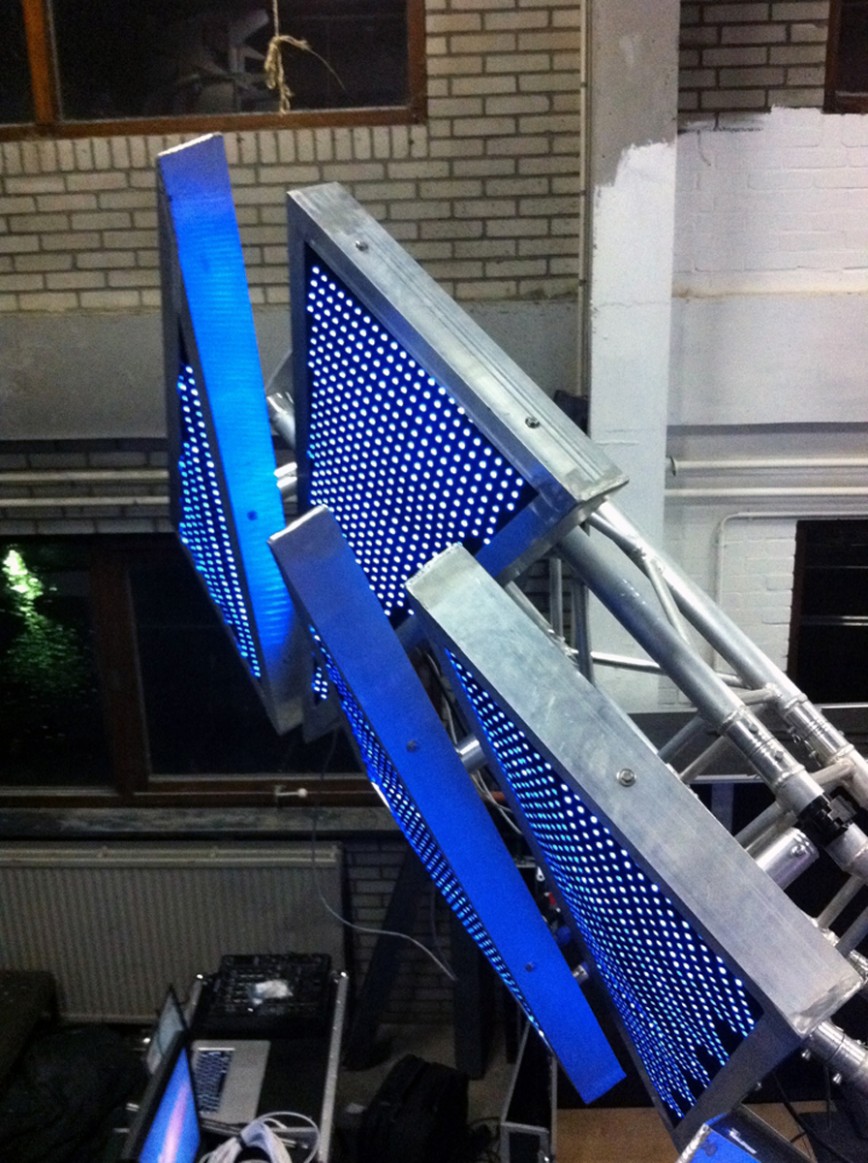 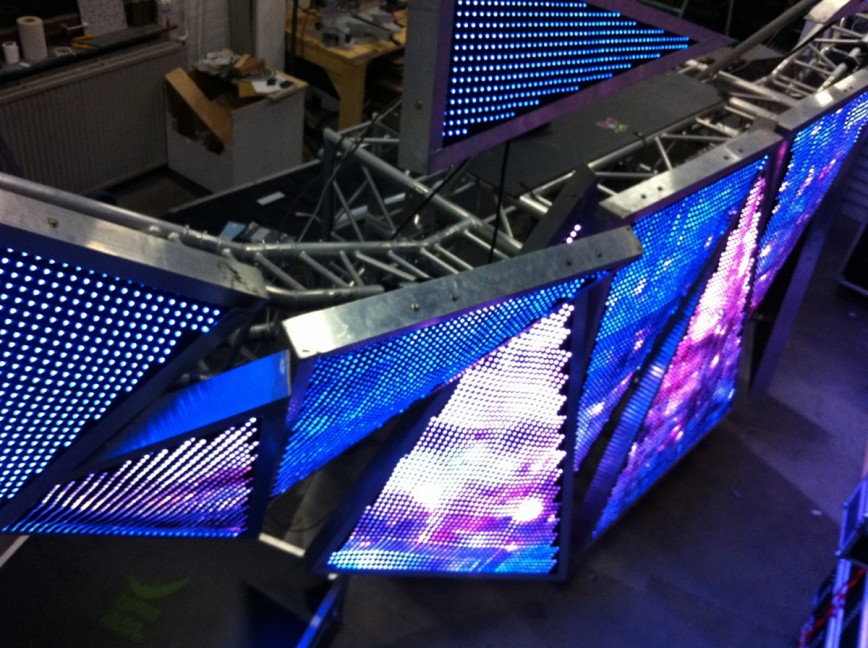