On october 15th 2014, the largest H&M flagship store in Europe opened it’s doors in Rotterdam. For this event H&M was looking for visual entertainment to accompany the rest of the show during the event. They figured projection mapping would be the extra they needed. Sober Industries designed a couple of geometric shaped sculptures. The largest one was used to project on a full introduction video. The whole video was custom made to map the outlines and shape of the object. Four extra heart shaped objects were placed on each level in the hoist way. The abstract shape of the large piece hid three diamonds and a heart. These referred to the three ‘diamonds’ Rotterdam was becoming richer by opening The H&M store with a shop in shop Weekday and Monki.

With limited time and resources we managed to develop spectacular content based on the shapes and forms of the 3d sculptures, using submitted imagery. Using projection mapping techniques the content was mapped on the objects. This presentation was the official start of the opening event and acted as an introduction of the three new stores, H&M, Monki and Weekday.

Special thanks to: Deon Custom, This talented producer delivered the music used in the visual presentation we developed. 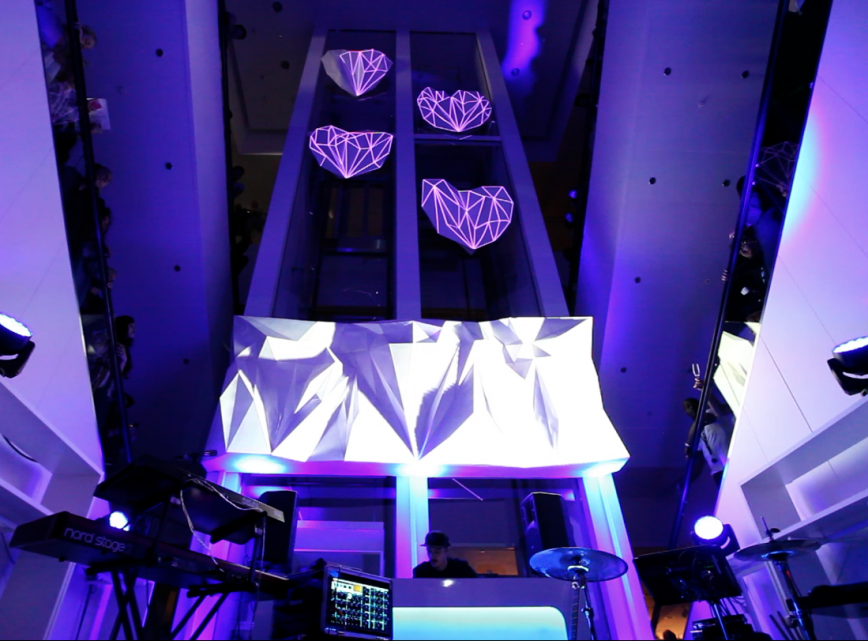 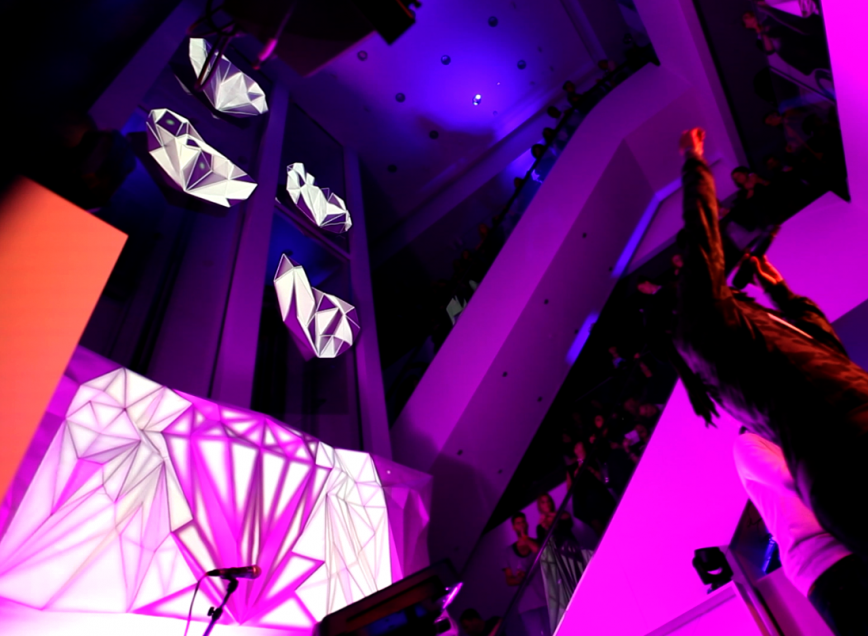 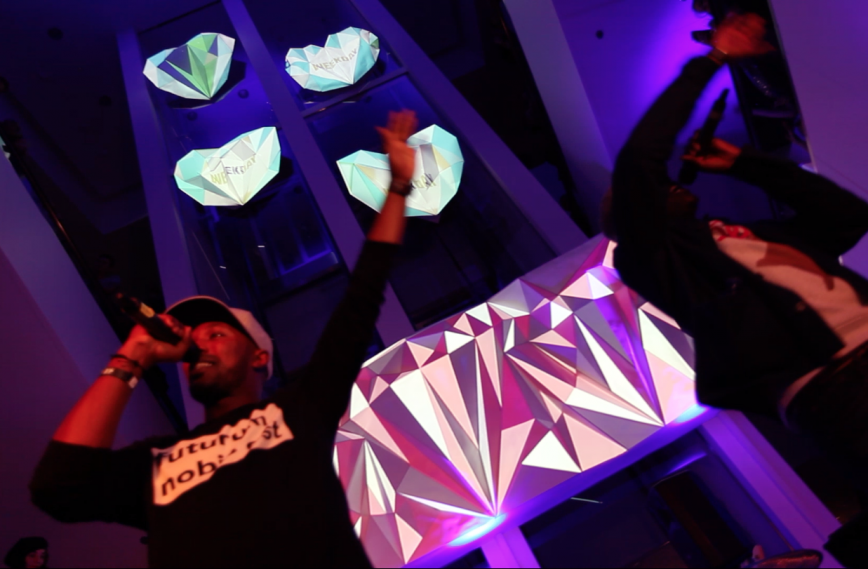 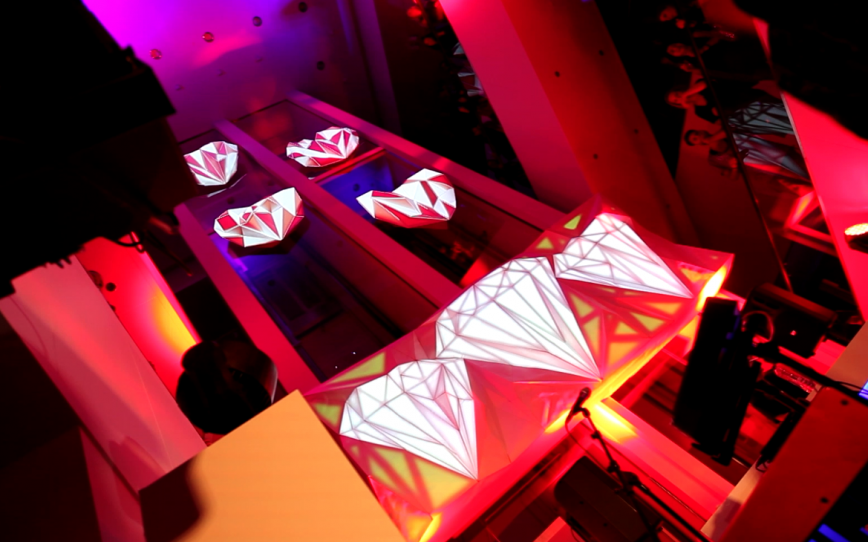 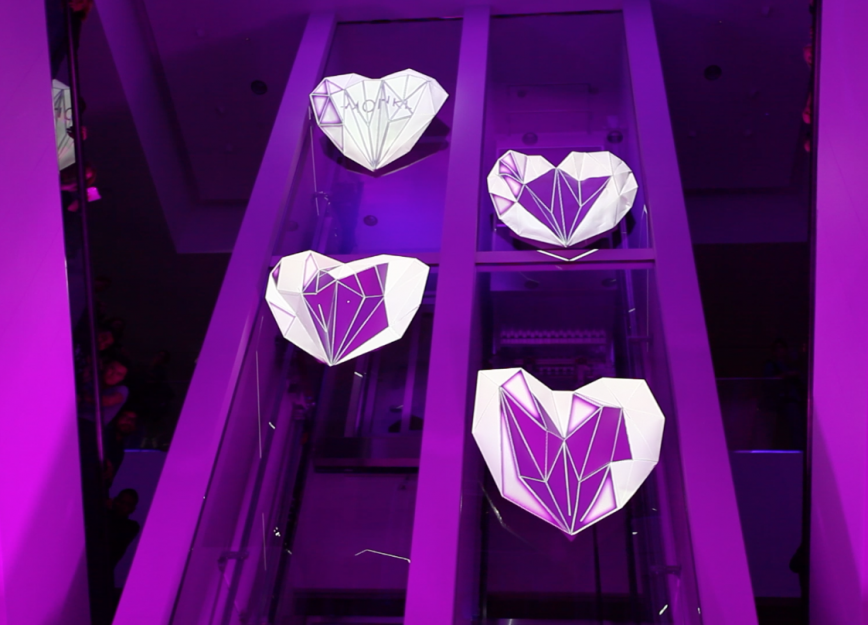