The festival is all about connecting people and their powers to contribute to the collaborative system on which the event is build. As we got involved more and more we found a lot of similarity in sacred geometry. Everything is connected in one way or another. We designed the piece based on this philosophy. Using triangles to create a perfect circle which encloses a set of cubes. These geometric figures are the center of the construction. for the other part we wanted to recreate an sacred area. A temple like platform which people can climb upon and chill on.

The piece was made using recycled wood, collected from all over the region. 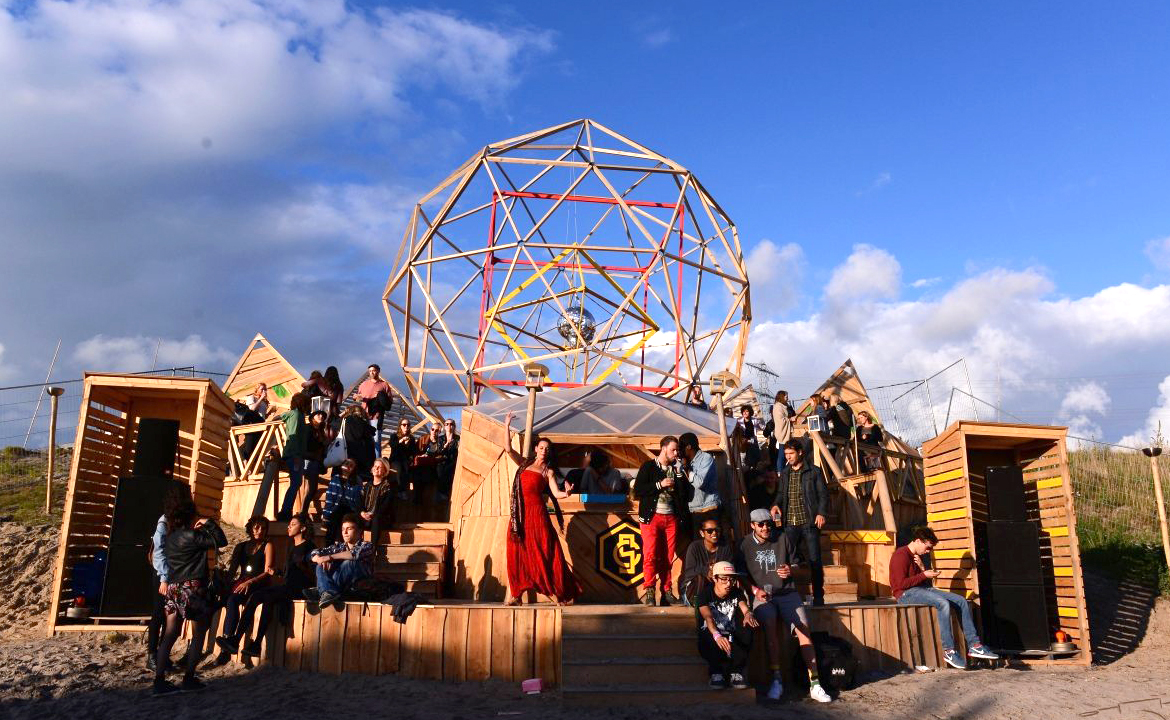 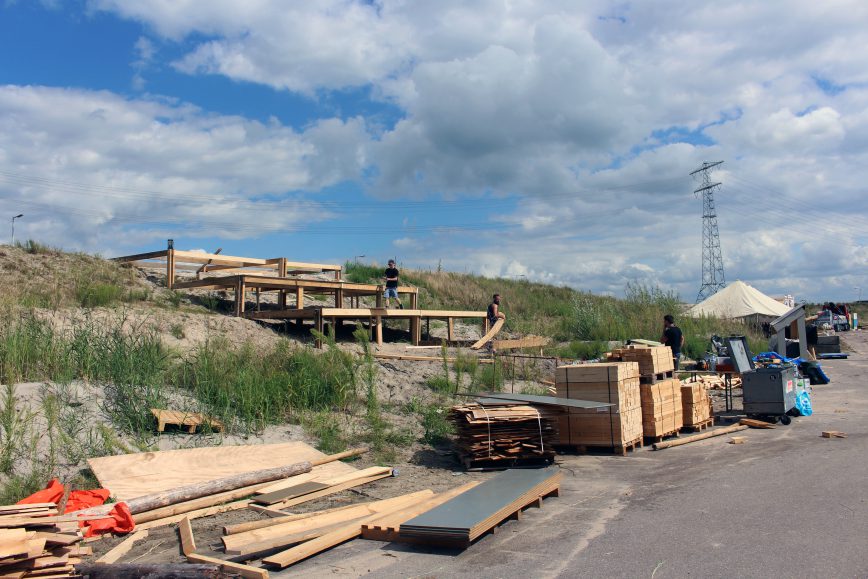 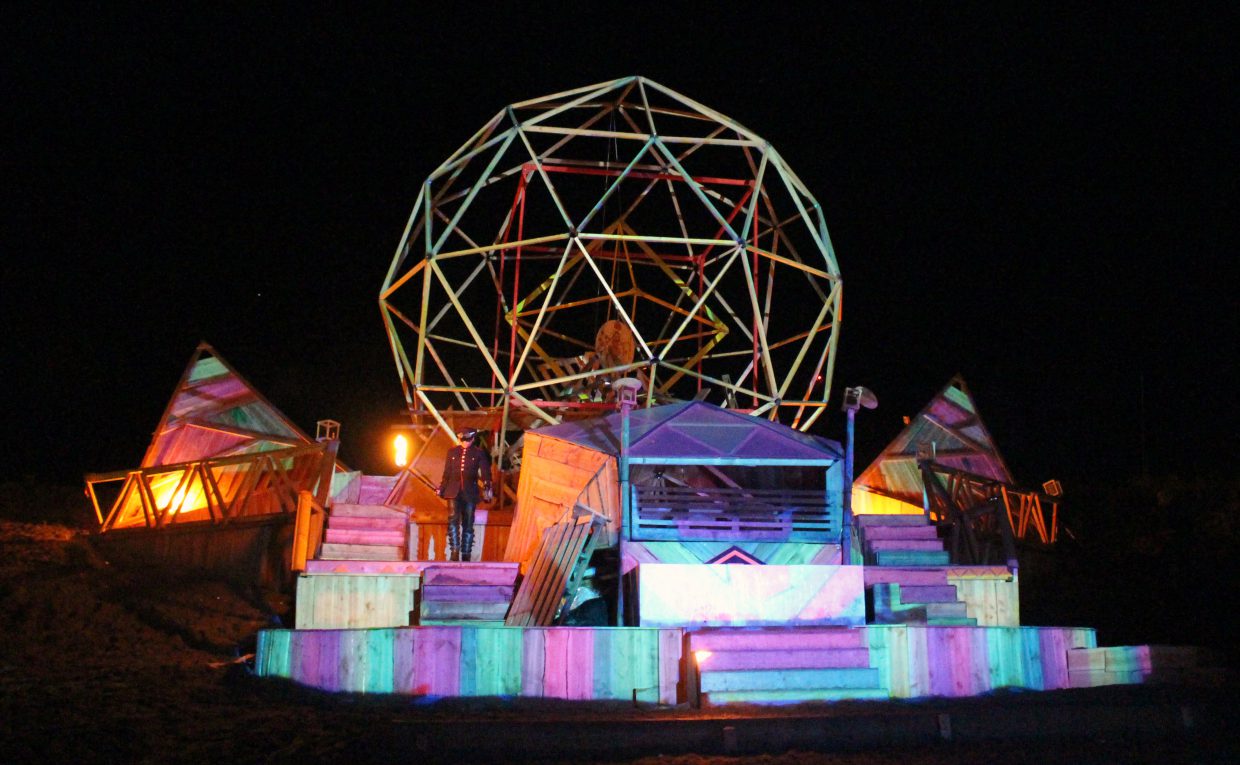 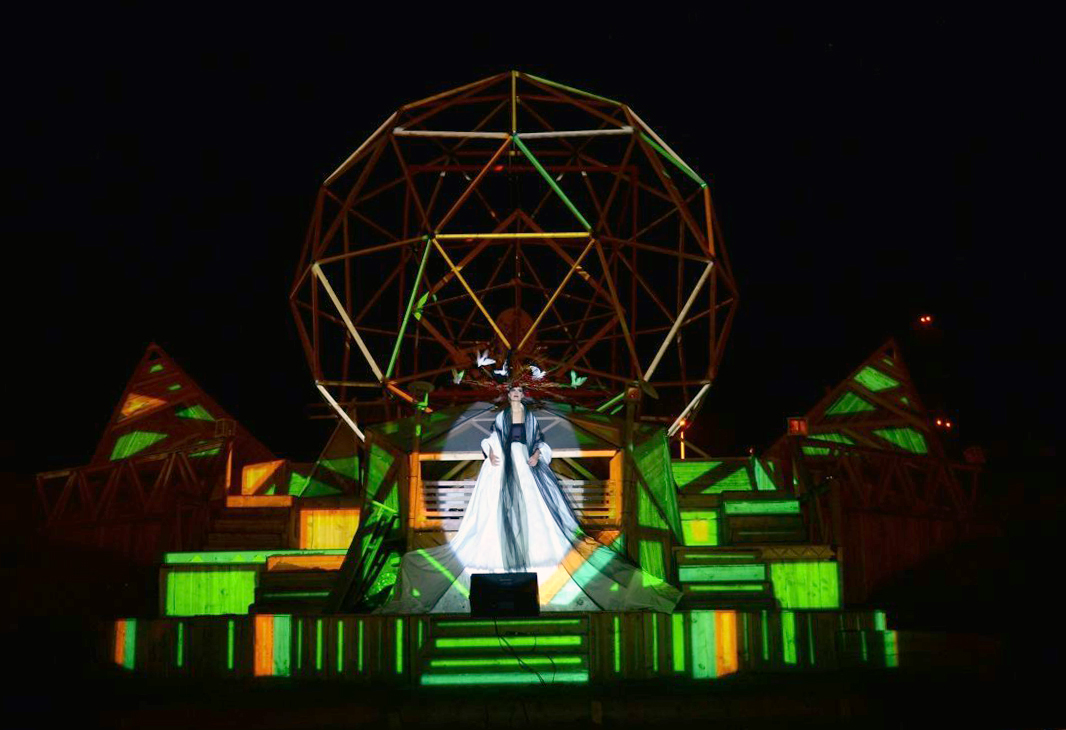 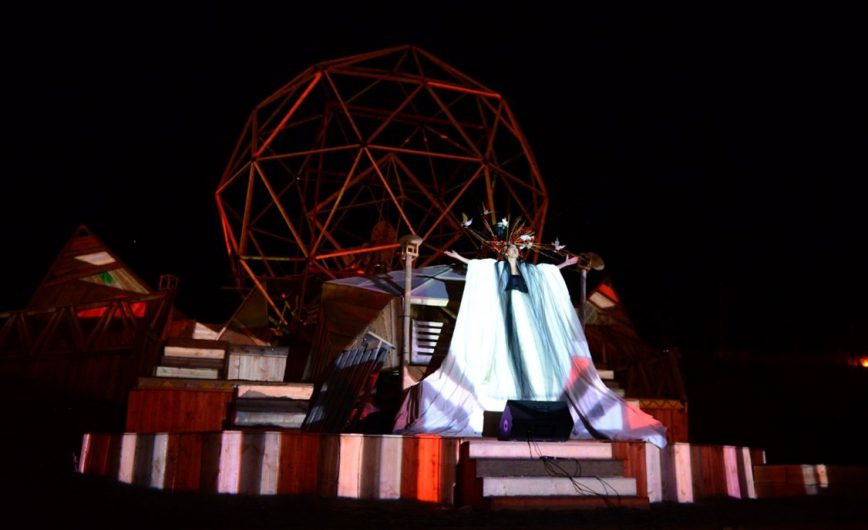