‘Welcome to the Future’ Museumnacht Rotterdam 2011

Back in 2011 Sober Industries was contacted by the ‘Museumnacht Rotterdam’ (Museumnight Rotterdam). They contacted us to develop an interactive installation. During this event all museums and art-galleries in Rotterdam open their doors for the public. Also on the streets connecting the different locations you’ll find different art-installations and performances. Because the event is held during nighttime when its dark outside we wanted to use projection to illuminate our sculptures. The project, named Welcome to the Future, was developed in collaboration with Studio Rewind. We had already build a rhino sculpture but felt we should build a second piece for the event. So the owl was created referring to a night animal.

Both sculptures were projected with mapped visuals. Specially for the event we introduced a new feature to our work. We made the installation interactive by hacking a Wii remote and place it in a cubicle. The cubicle was build with buttons on all faces to control color management and clip selection. Further more some visual effects were assigned to horizontal and vertical movements of the cube. Spectators could use the controller to control the visuals projected onto the sculptures. 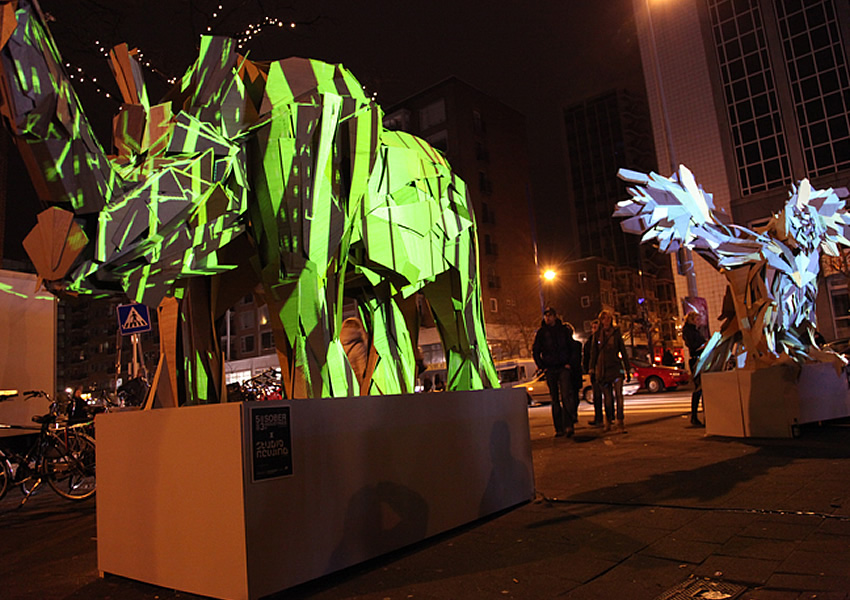 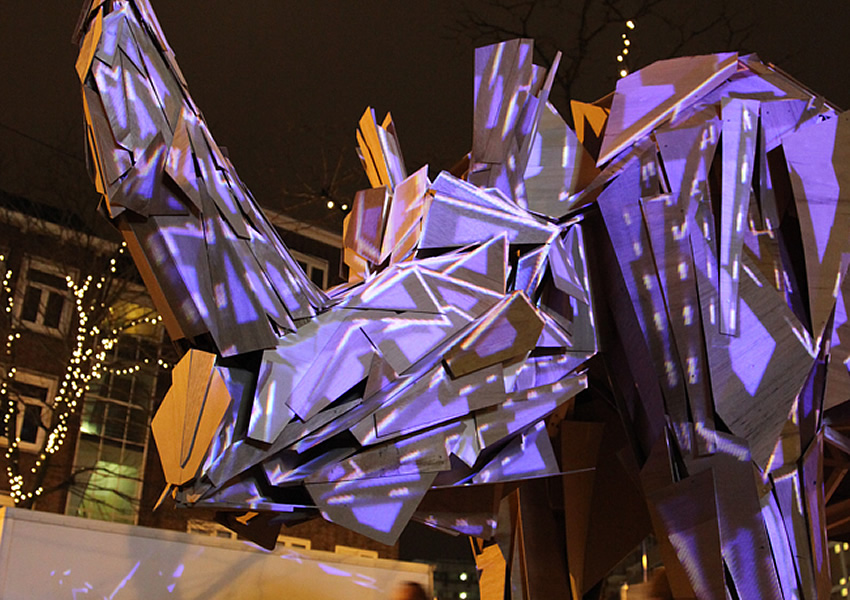 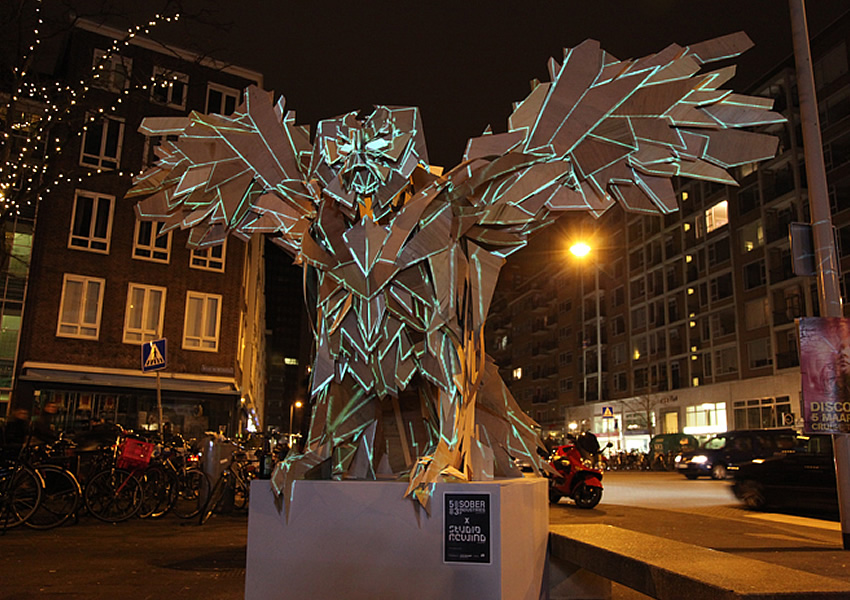 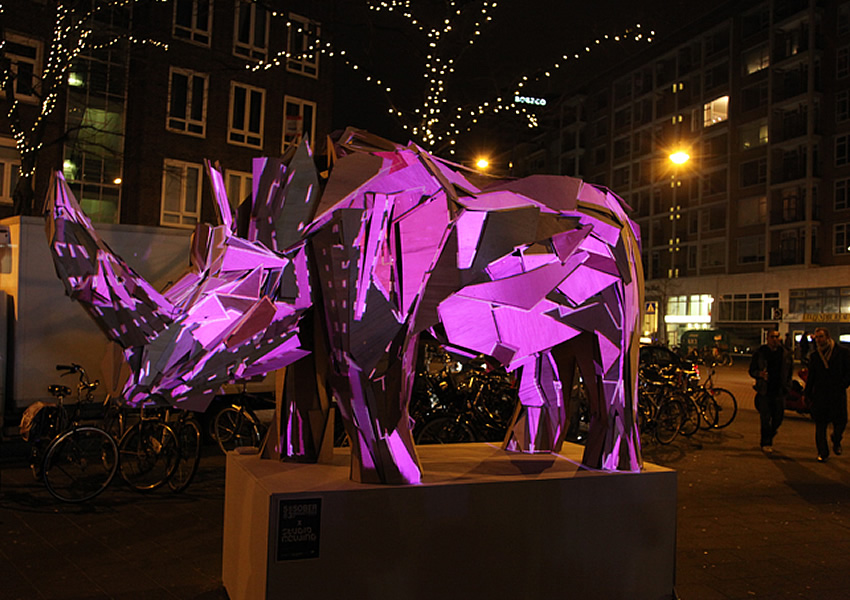 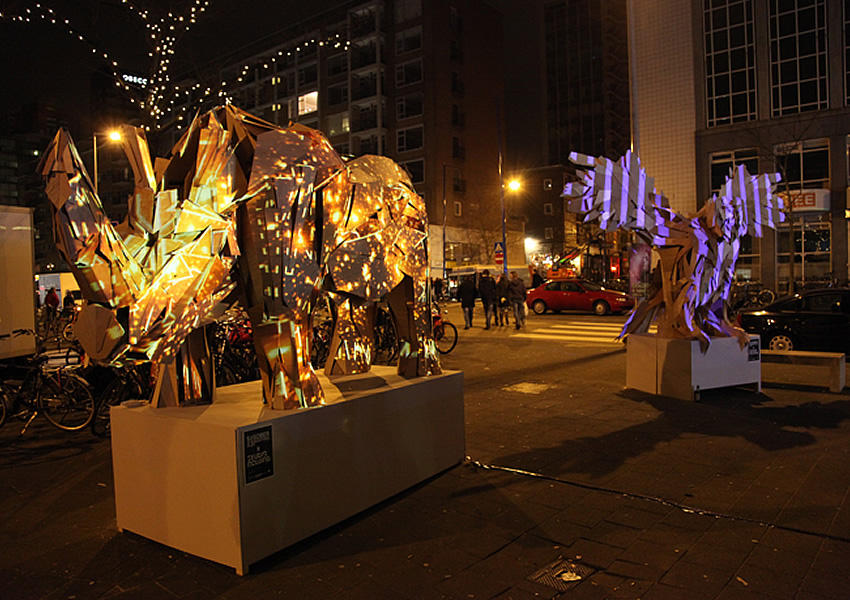 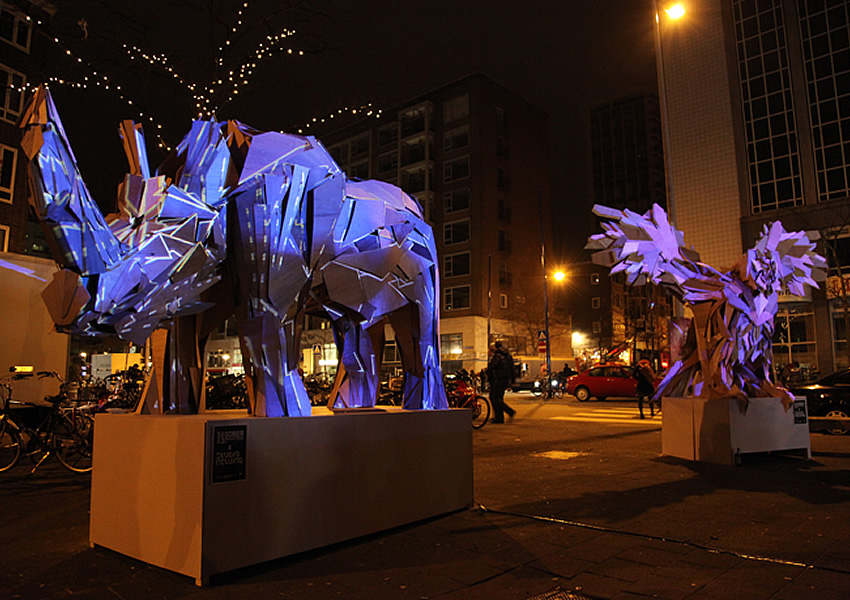