For four years in a row Sober Industries had the chance to do stage design, build and hosting for Solar Weekend festival 2013. Again this year the focus was to go bigger, better and more bad-ass than previous editions. The Festivals director wished for a giant rocket to be build and we gladly accepted the challenge. In the weeks and months previous to the festival a lot of designs were created. But finally we decided not to make a typical rocket as NASA would have launched to the moon. But to go for a more comic like look and feel. The result, a 26 meter high sculpture towering over the festival area.

Because of the size of the project and the fact we had only 7 days to build the design we collaborated with a lot of other creatives. They helped us realizing this project. We had crew helping the build of the rocket and do all kind of site jobs. Furthermore artists TelmoMiel and Bierenbrood painted some of the surroundings with beautiful artworks. Hip-hop collective Brandwerk put on a flaming show, and over 20 DJ’s performed on our stage.

At nighttime the rocket turned into a large scale projection canvas which was video mapped. People on the festival could see the immense light spectacle from almost every corner of the festival area. 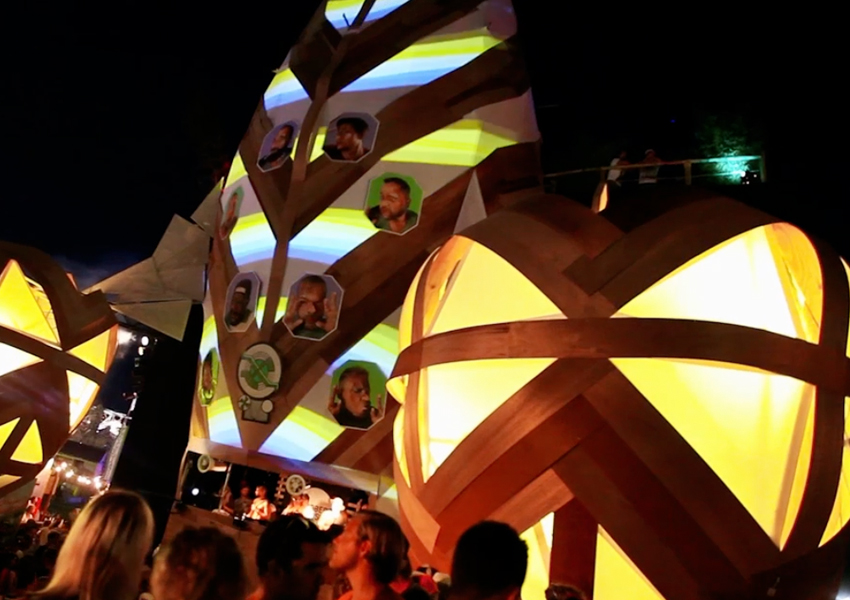 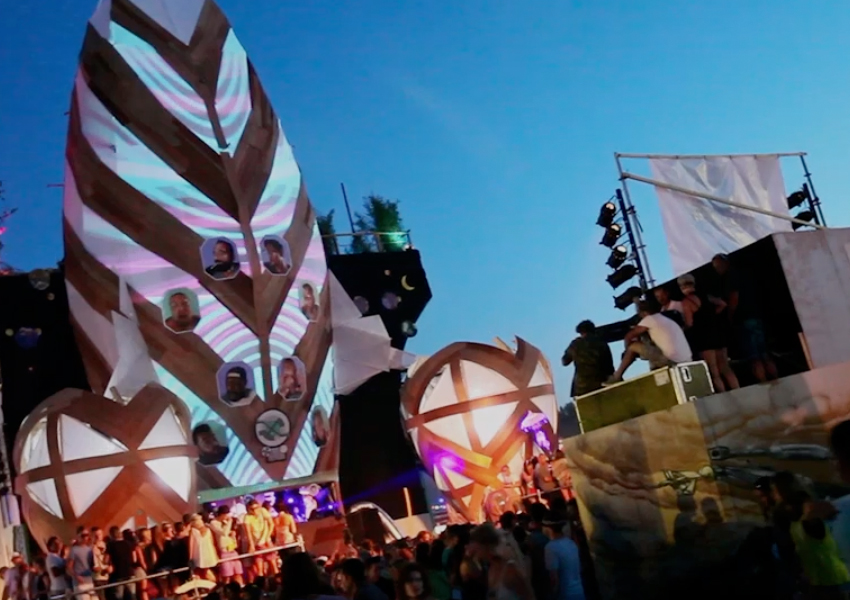 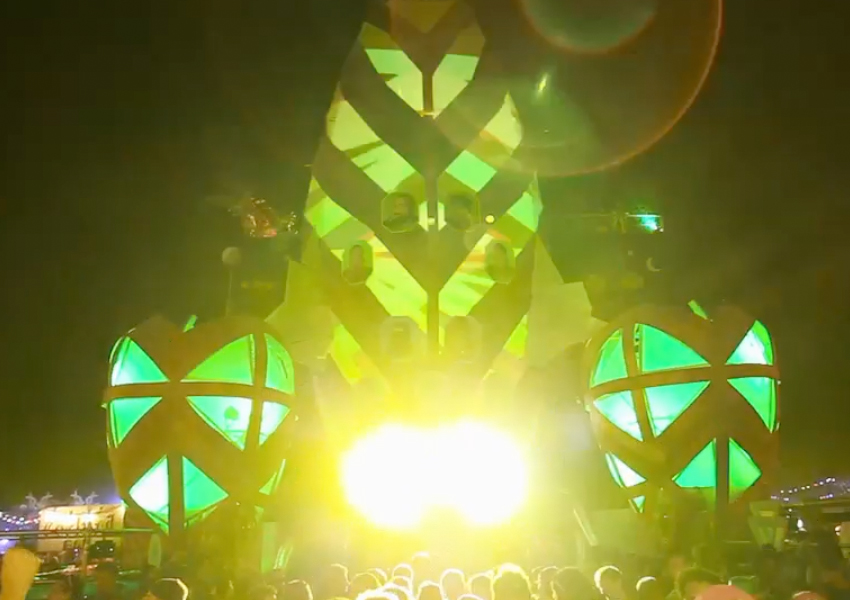 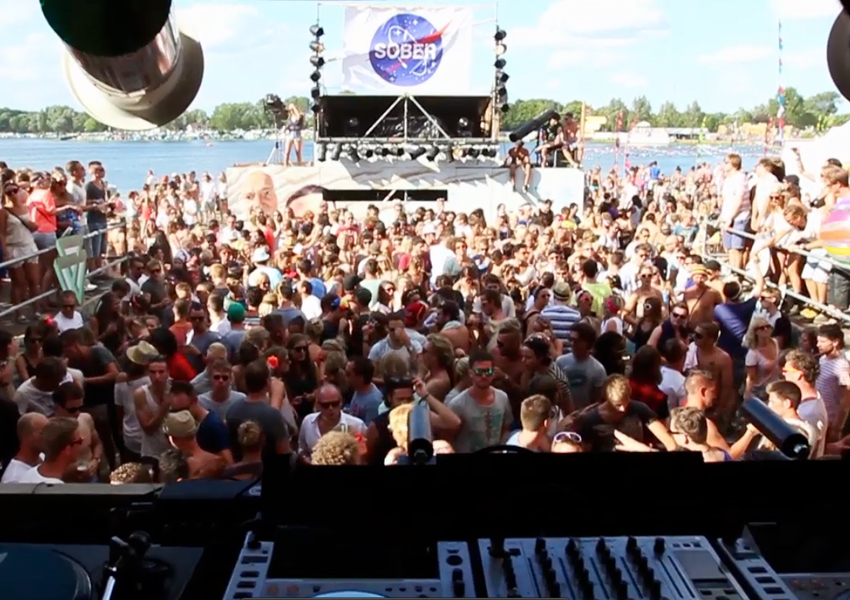 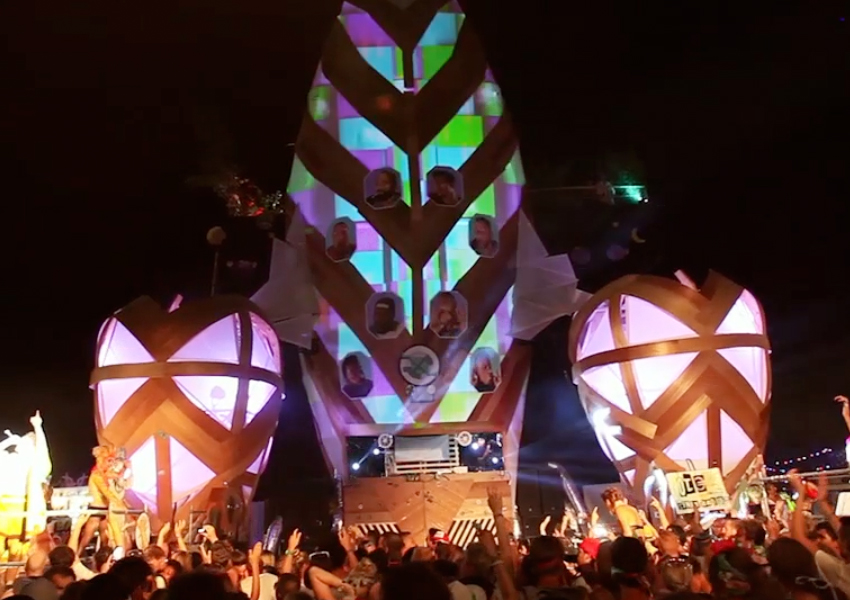 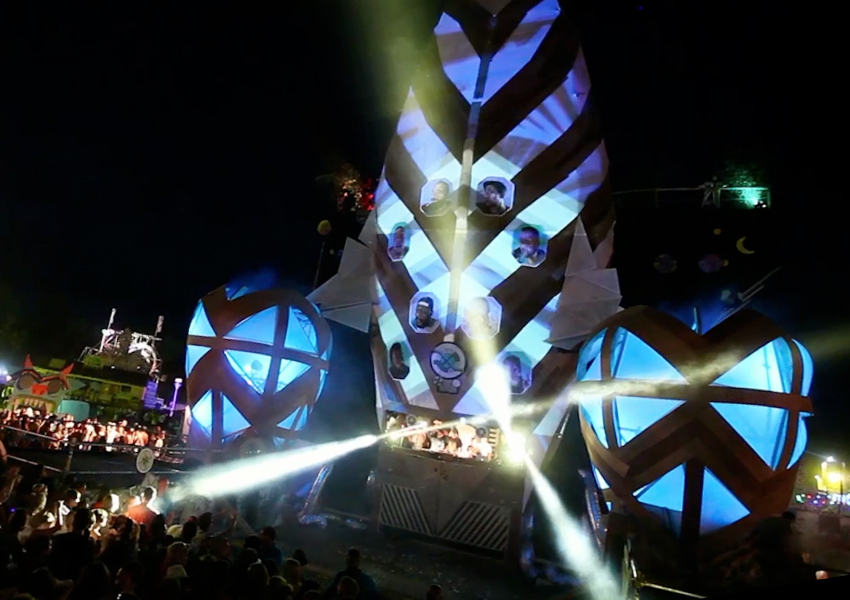 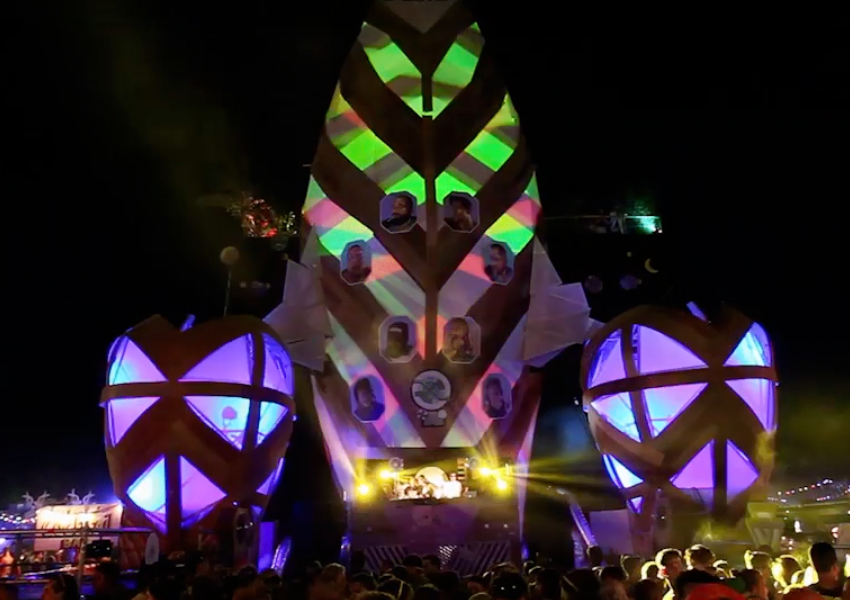 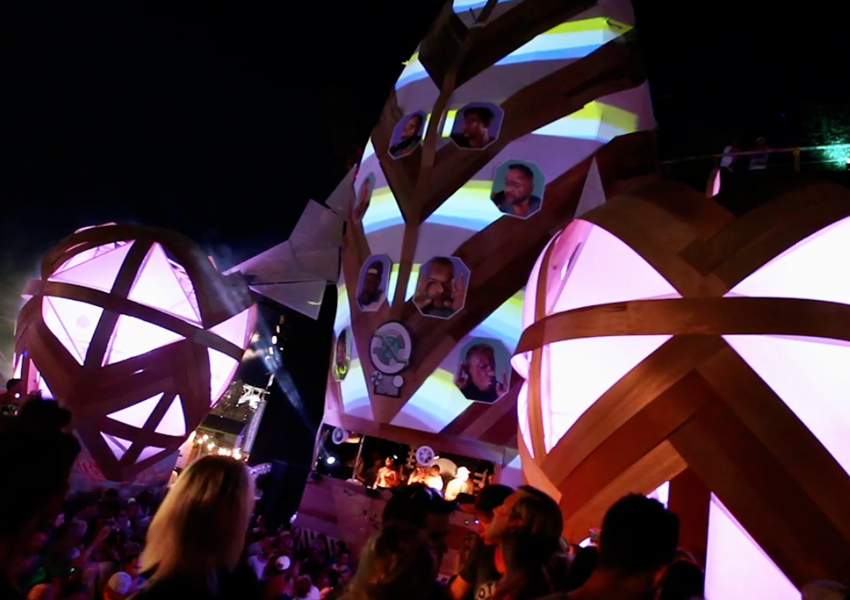