When DAY. contacted Sober Industries to work on a concept for Ziggo we immediately knew the potential of the project. DAY. pitched a concept in which a traveling house would go around the country to meet customers and potential costumers. The goal was to focus on the Brands strong points: content, education and service. As the biggest cable company in the Netherlands Ziggo wanted to show the public they are ready for future years to come. And to do so, a futuristic full video LED house had to be build.

Ziggohome was designed in the image of a simple dutch house. That said, there are multiple futuristic elements that makes it a lot more than just a house. The facade is covered in full video LED screens which communicates Ziggo products, benefits and partner content. The system on which the screens run is custom build and is set up for all kinds of interactive elements. Also the content itself is interactive. For example as it starts raining outside, it will also starts to rain in the graphics. Night and day are synchronized to real-time day/night cycles and a lot more real-time features.

It was important that with all the technique inside, the full video LED house was still easy to setup and easy to move. So we designed the roof and the bottom as separate parts. Each designed to fit on a truck including trailer and go anywhere around the country in one load. From arrival on location to fully functioning takes only 45 minutes. 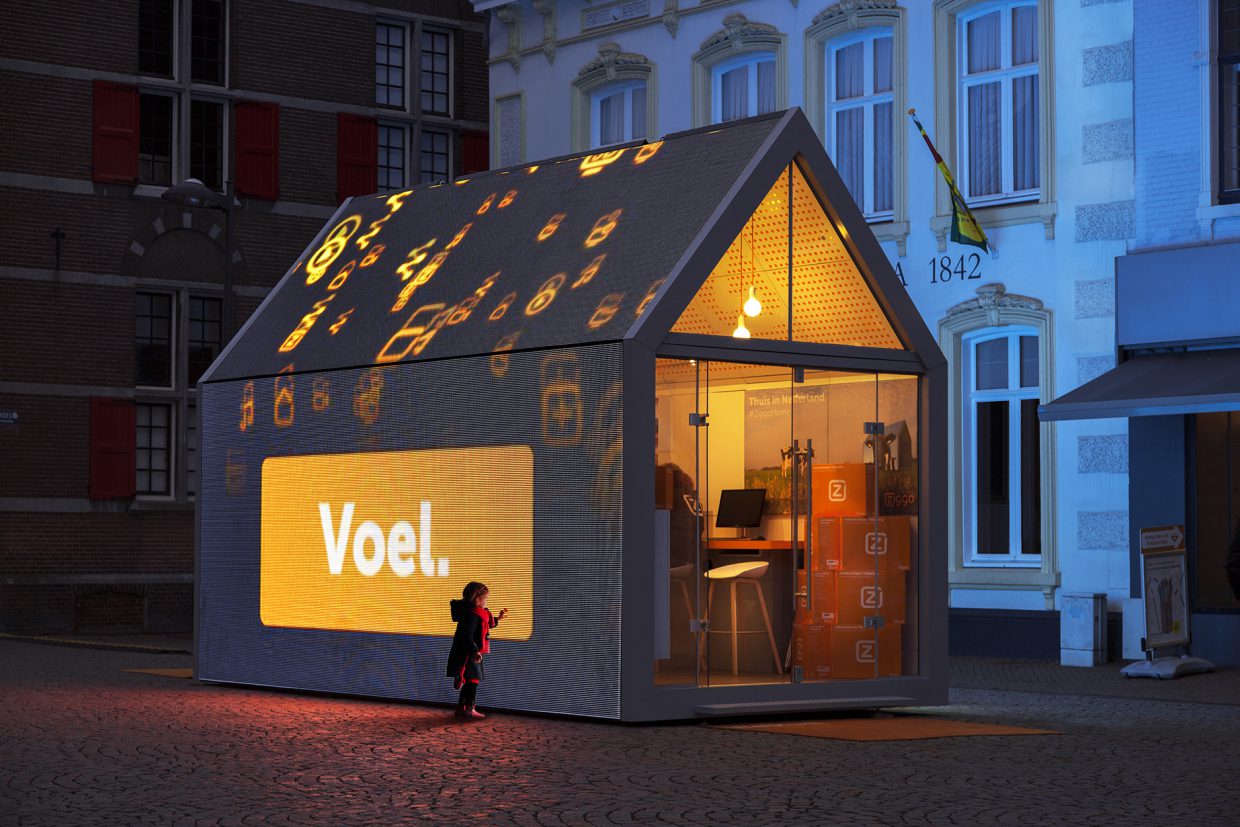 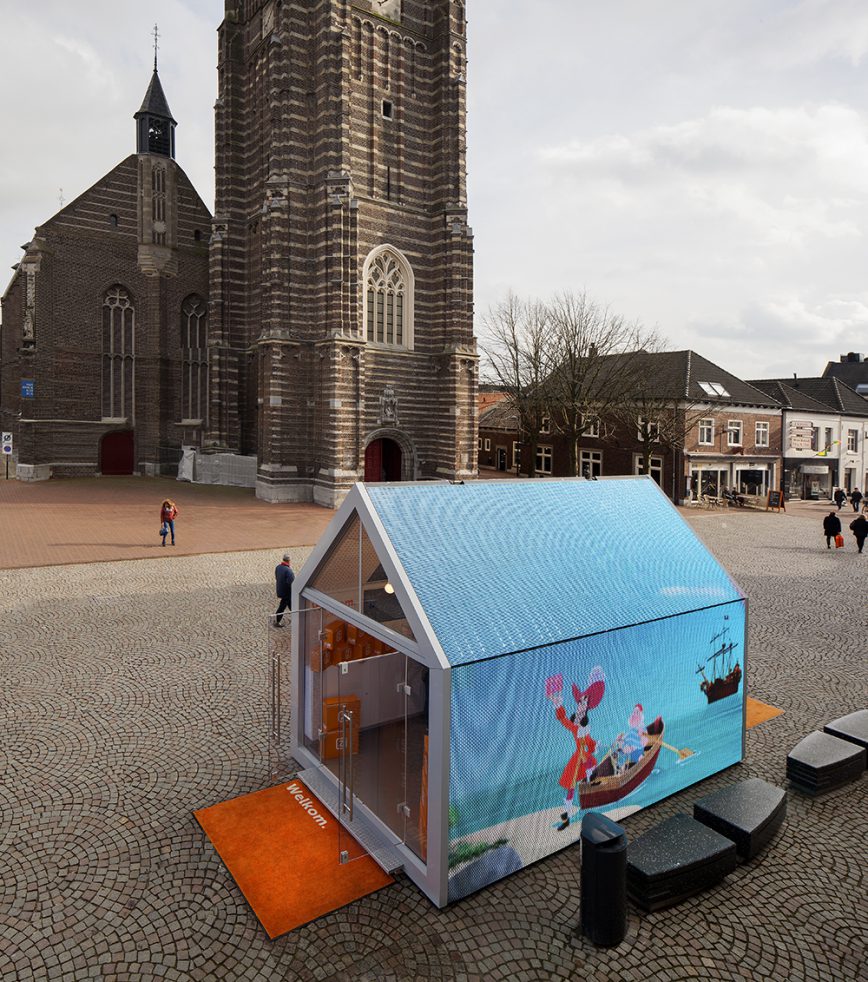 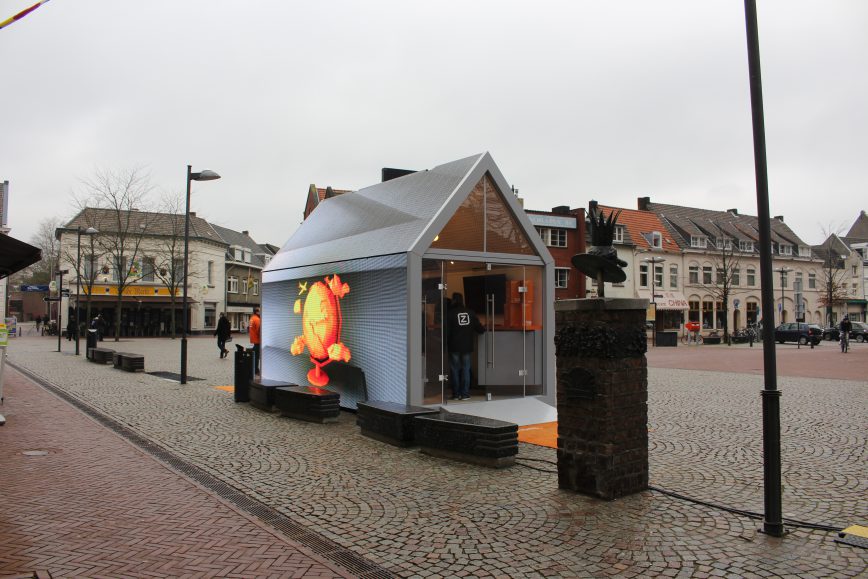 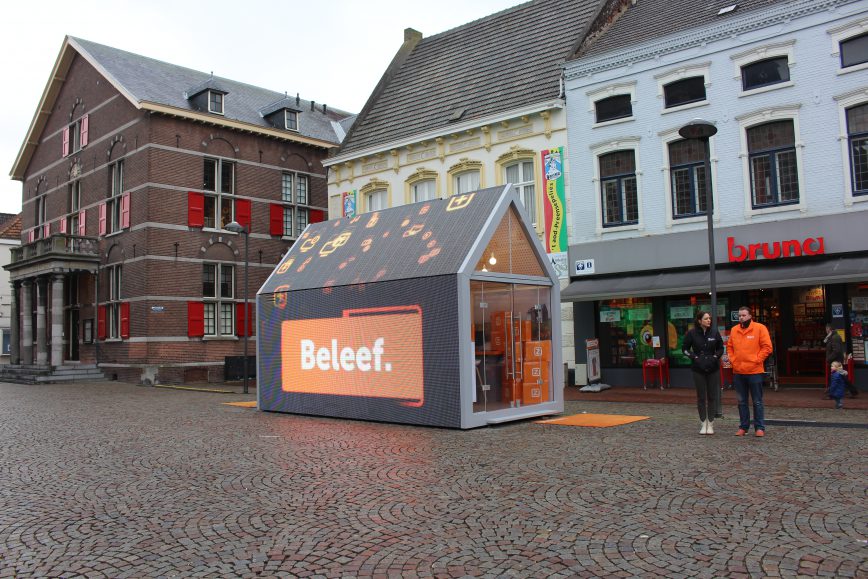